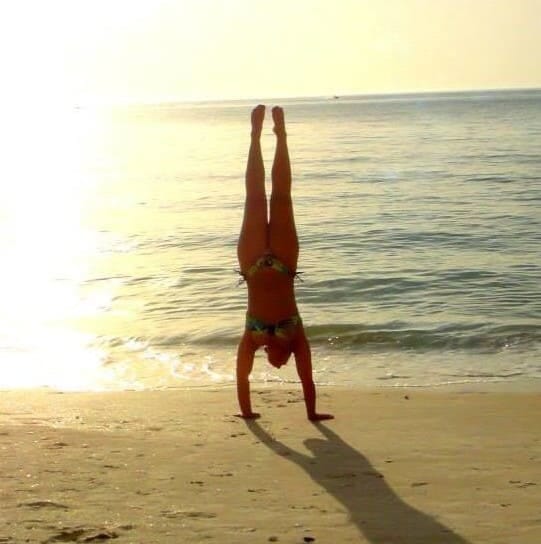 “I started working with Sean McGovern in 2011 as just my CrossFit coach. As he grew as a coach and ultimately found OPEX, I grew right along with him. I didn’t hesitate for one moment to move over and become an OPEX client when he transitioned over to become an OPEX EC Global coach. When I first started with OPEX, I wanted smaller thighs. I’m not joking. I was CrossFitting for several years, felt fairly fit, was active, and I was adding muscle tone to my upper body. I was not seeing any change or definition in my lower body. I thought maybe I needed a different approach.

Since starting with OPEX and Sean’s programming, I’ve achieved so many thing!

Physically, I’ve learned that a lot of my lower body issues are a result of my glute not firing. I felt like I was doing movements correctly, however, I wasn’t engaging the muscle needed to correctly move. At the time, I was experiencing little progress and random pain arising in different parts of my body (knee, ankle, etc.). Now that I have learned to engage my glute muscles, the pain has dissipated.

The biggest achievement is my new knowledge about what is going on inside of me that affects my performance. My coach learned early on that I never slept well. He also learned that my husband and I had been trying to get pregnant for over 3 years without success…but all infertility tests/doctors reported no issues with either of us and diagnosed it as infertility due to stress. Sean had me do a few tests and discovered that my cortisol levels are insanely low. It all attributed to lower estrogen and progesterone levels available for my reproductive system because my adrenal system was using it for cortisol. I completely revamped my philosophy and approach to health and wellness. My priority became increasing sleep and stress reduction. I added supplements to those I was already taking.

Sean programmed my weeks with less focus on CrossFit type movements and more focus on what would decrease pain and stress on my body. I started sleeping more, stressing less, cutting OTC meds for pain management, etc. Also, I very recently learned that I am (very newly) pregnant. Whether or not there is a scientific path from one to the other or not, I am convinced that I may have to name my first-born after my coach because I don’t think I would be pregnant had I not “fixed” my inside and managed all of the different stress.

With the news of my pregnancy, Sean and I are shifting my priorities and my programming to allow me to keep working out as a pregnant woman, while keeping the baby safe. keeps. I’ll be incorporate practices that will contribute to a healthy pregnancy and delivery (focusing on sleep, adding in breathing, working on hip flexibility, etc.). I want to be a fit pregnant woman!

Sean is the most supportive and flexible man I have ever worked with (and I’m not even talking physically…although he probably is that as well!). I was lucky that I started with Sean, who knew me years ago when I just started CrossFit. He also knew I had two different surgeries over the last few years that affected my training and frustrated me. He finally made me see that if we took the time to go back and figure out where and what was limiting me, I would have the progress I wanted. I was frustrated constantly; after we isolated one pain, another would pop up. After I felt great, I would try something that should’ve been easy, and it wasn’t. Sean was there with a text, email, Facetime chat, or Fitbot comment to remind me how far we’ve come and to encourage me to keep thinking about my biggest goal: to become a mom.

I’ve learned that I “deal” way too well. If I have a lot to do, am stressed, don’t sleep, etc. I just deal. I trained myself to function in high stress situations without even realizing it. Slowing down, documenting, making changes all helped me learn how much better I feel when I am sleeping, when I am slowing down, when I do say no. And I learned that, although I “felt fine” and my tests initially with the fertility doctors were “all fine,” my ability to just deal contributed to my body’s inability to take on the task of growing a human WHICH has been reversed with Sean’s guidance :)”