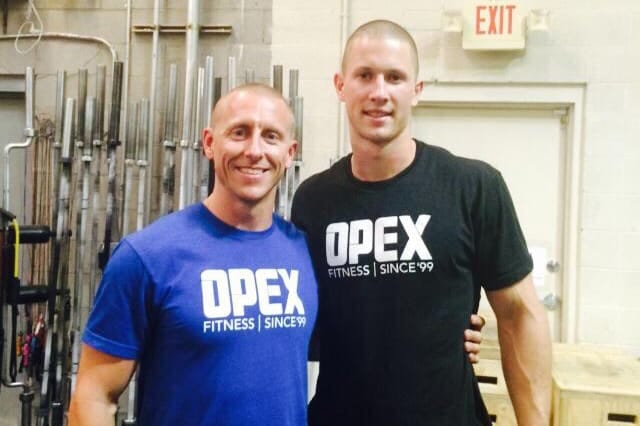 After training for a couple of years in the sport of CrossFt, trying to climb the ranks in the sport, I had a few of questions that would later lead me to OPEX. I wondered, growing up as a runner could I really have been a better runner if I would have just trained at high intensities for every session? Were my fourteen mile runs every Monday at an easy effort just a waste of time? I knew CrossFit was definitely a unique sport, but was it really so unique that I could disregard any previous ground made in strength and conditioning, endurance sports, and my own experience’s with training? If not, how could I apply some of the principles I grew up training in to the sport of CrossFit? I wondered if there was a place in CrossFit for easy days, tempo/threshold workouts, and interval/repeat training.

Despite my curiosity, I needed to get really good, really fast, and that didn’t leave much room for experimentation. So, I continued to train how i thought the best were training, as hard as possible and as often as possible. As the 2014 CossFit Opens approached, despite all of my hard work, I realized the possibility that I was not on track to meet my goal of qualifying for Regionals, so I started reaching out for help. My Sister told me about OPEX (OPT at the time) , I listened to a webinar on how to prepare for the 2014 Opens by a dude named James Fitzgerald, who started breaking shit down. I listened in thinking that perhaps I had found some answers to my questions, I listened further in and was left with even more questions ! I emailed a few questions to James, he answered back, and yet more questions appeared. I decided to sign up for a consultation where I thought I would extrapolate all of the answers and devise a training program that would take me to the top of the sport. Our Skype started, but after listening to James drop a seemingly endless supply of bombs, pearls, and nuggets on the webinar, all I could do was sit in silence. Finally he asked something like: “So is it coaching your looking for?” and after a brief pause I realized the answer was yes, and I’ve been an OPEX EC ever since, working with James Fitzgerald and Mike Lee all along.

Though I’ve been humbled by the sport and it’s competition over the past year or so, I came to OPEX wanting to win the CrossFit Games, and had hoped that I could at least earn a spot onto the CrossFit games. At the time, I had over a page of specific fitness goals for benchmark lifts and other various fitness tests.

I have a lot of goals in fitness, but at the top of the list is to give full-effort for the each of the CrossFit Opens workouts. If your a part of the OPEX community, you’ve probably herd “Full Effort, Full Victory”, its’ always been my favorite goal. I’d also love to earn a qualifying spot to the 2016 CrossFit Regionals.

I’m constantly being surprised by how much more Mike Lee knows about me, than I know about me!

He’s empowered me toward my goals by hammering my weakness’s and giving me goals to shoot for on specific lifts and workouts to reach my goals. He also provides an environment where I can make mistakes and be educated on them. I’m amazed by the subtleties he can pick up on and bring into my awareness for continued progress. It’s always inspiring to see how much Mike Lee cares, and works for my progress, whether it’s insights into my Nuttrition, lifting cues, or helping to strengthen my mental game for the sport. I know that by having Mike Lee as a coach, I have an edge on most of my competition.

I’ve learned so much about myself during this process, but I’ll just limit this one to fitness for the time being, though, I will say that when you become an OPEX EC you may at least encounter the opportunity to learn more about yourself than just how to progress physically in fitness. From an athletic point of view, I’ve learned one of the most valuable things a CrossFit athlete can learn in this sport, how to run my engine. It’s still a work in progress which is fine by me, with Coach Mike Lee by my side this has become one of the most fulfilling parts of my fitness journey.